Dave Knox is a seasoned entrepreneur and co-founder of Cincinnati startup accelerator The Brandery. He will lead the organization launched in 2019 to help build a strong entrepreneurial ecosystem in the region, to help startups and small businesses find the connections, mentors and funding they need to succeed.

“We found a leader who has experienced every seat at the entrepreneurial table,” says Kenton County Judge-Executive Chris Knochelman. “He was an investor, mentor, advisor, board member, corporate executive and entrepreneur.” 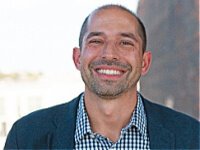 Dave KnoxIn 2010, Knox opened the Cincinnati office of digital agency Rockfish, growing it to more than 80 employees before it was sold to advertising giant WPP.

In addition to co-founding The Brandery, he has invested in tech startups, venture capital funds, and restaurants and entertainment venues across the country.

He ran Vine Street Ventures, a small seed fund, and bought a small brand called Nature’s Willow, which he quadrupled in two years and recently sold after achieving national distribution.

He is also a Procter & Gamble alum, having worked in brand management at the consumer products giant.

Knox is also the author of Predicting the Turn: The High Stakes Game of Business Between Startups and Blue Chips.

“The Blue North should be a gateway for entrepreneurs,” says Knox. “It helps entrepreneurs get to the right place and find people who can help them.”

The organization has recently been in transition following the departure of Brit Fitzpatrick, its founding CEO in 2021.

Earlier this year, the organization hired TechGrit to study the state of Northern Kentucky’s entrepreneurial ecosystem. The consulting firm says it specializes in designing innovation centers to expand technology businesses and encourage investment.

Blue North has also hired Jessica Wert as its program director. Wert founded her own company, Anew Clothing, and founded the Women in Entrepreneurship Club at Northern Kentucky University.

The accelerator was launched in 2019 after receiving a RISE grant (Regional Innovation for Startups and Entrepreneurs) from the Kentucky Cabinet for Economic Development Office of Entrepreneurship.

Blue North’s work is not limited to the three main counties of Boone, Kenton and Campbell. It works with businesses in eight counties, including Owen, Carroll, Grant, Pendleton and Gallatin. It is partnering with the Owen County Chamber of Commerce to bring a national program called CO.Starters to the county. 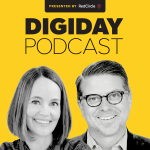 Entrepreneurship is alive and well in the northern Shenandoah Valley. That’s the message local startups are willing to share about their experience with Shenandoah Community […]

Every business goes through four different stages of growth. Collectively, I call these stages The Maker Method, which is a proprietary framework I developed to […]

In times of conflict, Ukrainian entrepreneurs make war their business

LVIV, Ukraine — Yuri Zakharchuk once designed battle costumes for the stage, designing everything from medieval armor to space battle suits. But after February 24, […]