Some blockbuster films take cues from outbreak type situations like those seen in Outbreak and World War Z, teaching us to be afraid of viruses. However, scientists have found they may be the key to helping millions of people with inflammatory bowel disease, or IBD.

The Weizmann Institute of Science has shown that bacteriophages – viruses that attack bacteria – can be used to attack gut bacteria that worsen symptoms of ulcerative colitis (UC) and Crohn’s disease.

This study published last week in Cell studied 537 volunteers in France, Israel, Germany, and the United States in order to pinpoint the bacterial strains responsible for causing inflammation in IBD patients.

From stool samples, the scientists identified Klebsiella pneumoniae (Kp) to be strongly associated with [IBD] exacerbation and severity, and narrowed down the search by studying Kp-fighting viruses, eventually selecting five phages that best targeted the strain and prevented the rise of mutants that could spread resistance.

The 5-phage cocktail managed to kill the Kp bacterium in laboratory dishes and reduce inflammation and tissue damage in mice. The phages were also stable in a fake human gut and were well-tolerated when given by mouth in an initial clinical trial with 18 healthy volunteers. The phages have done well in the trials, with their numbers multiplying as time went on, according to the researchers.

‘In the present study, we developed a new approach to stop disease-causing gut bacteria without affecting the nearby microbiome. To our knowledge, this is the first ‘silver bullet’ strategy to do so with no ill effects,’ said Professor Eran Elinav of the Weizmann Systems Immunology Department.

According to the study’s authors, alternative antibiotics may cause bacterial resistance, have side effects, and are less specific. In this study, the anti-inflammatory qualities of ingested phages were stressed and the hope is that one day the technique may be used in tandem with anti-inflammatory treatments in the IBD.

The university notes that the cocktail could offer potential treatment for a range of disorders—in addition to IBD, for example, conditions like obesity, diabetes, and certain neurodegenerative diseases and perhaps even cancer.

While IBD’s cause and cure remain unknown, a preliminary study shows that phage therapy may relieve some of the painful symptoms of Crohn’s and UC.

Elinav said that in the future, personalized therapies would be developed to treat diseases caused by a specific strain of gut bacteria in each patient, and phage cocktails would be created to kill only those strains.

In their report, the researchers note, These exciting prospects merit further studies. Previous Article Why You Should Eat More Dried Foods! 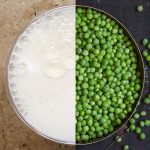 Next Article All About Pea Milk: Is It Healthy? What are the Benefits?

Jason Alexander from Seinfeld Wants Everyone to Have a Chance.

Jason Alexander contracted the flu while on stage in Jerome Robbins’ Broadway musical in 1989. It turns out that he nearly lost out on a […]