When Ravit Darougar arrived in America in 2009, she was shy and unsure of her future. “I had high self-esteem in Israel, but it was the exact opposite when I came here,” Darougar said. “[I was in a] new country [with a] a new language.”

Darougara’s first job was at a construction company, and her reaction could be a blueprint for all immigrants. “I had to answer the phone in English,” she said. “I was like, OMG. How am I going to do that?” Darougar quickly realized this.

“I had to build my confidence,” she said. “Slowly, slowly, they gave me jobs, the freedom to run the office, even to do union wages. They didn’t teach me. I was self-taught. They weren’t in the office. They just threw me in the pool, deep water. I started swimming.”

Darougar has always been a hard worker as well as an entrepreneur. As a high school student in Haifa, she and a friend were planning a business. “We decided to sell toilet paper to restaurants because everyone uses it, and it’s basic,” she said. “We made a list of restaurants and started calling them. But a lot of them didn’t understand what these 16-year-olds wanted out of their lives, so it didn’t work out for them.”

“Once I gained experience and knowledge, I decided to create a makeup brand that customers could use as confidence-boosting eyebrow kits.” – Ravit Darougar

When she came to the US, Darougar decided to follow her calling: cosmetics. “I’ve always felt that beauty and make-up is a confidence booster,” she said. “I wanted to do something that would make people feel better about themselves.” When she wasn’t at work at the construction company, she would spend long hours in her garage working on her new job. “I came up with a little idea,” she said. “Eventually it became a sensation on social media and on television shopping channels like QVC.”

4Ever Magic Cosmetics, launched in May 2018, has 150,000 followers on its Facebook page. Its signature product, the two-tone brow gel and brush, is available in more than 300 stores across the US and online. The gel formula helps fill in bald spots and makes brows thicker and well defined. “Once I gained experience and knowledge, I decided to create a makeup brand that customers could use as confidence-boosting eyebrow kits,” said Darougar.

When designing her product, she consulted with her community, friends, mom and mother-in-law. They are not business people, but they struggled with their eyebrows. “[They were] perfect targets for this product I created,” she said. “I realized that there are a lot of benefits given the lack of eyebrow products on the market. Most products spread. I wanted something stain-resistant.” After research, Darougar created a two-in-one gel that was unique on the market. However, it faced production problems. “Usually when you get an eyebrow product, it’s a solid color,” she said. “I had to put two colors in one glass jar. I thought it was possible, but apparently there is no such machine. My first lab stopped. I had to build the machine and figure out the formulation, all while going about my business.”

Darougar had always been confident in her abilities. But she never thought about creating machines. Now, suddenly, it was necessary. Where did that knowledge come from? “Part of it is being Israeli,” she said. “It’s all about innovation and not giving up.”

Darougar’s parents were educators; her father was in administration and her mother was a teacher. “My mom is very motivated,” she said. “She always tried to take the money she earned and invest it. Always moving forward, creating something out of nothing. She especially enjoyed investing in real estate. She has amazing skills as a businesswoman, even though she has never had a job. I got this from her.”

In his work, Darougar ranks consistency as his most prized talent. “I have a lot of faith in my ideas,” she said. “And my passion. When I talk about my product, my brand, my story, people feel it. Before they try the product, they are already excited, because I have so much passion.” 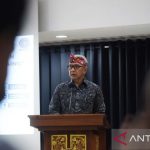 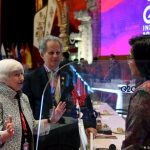 Seven entrepreneurs from the Peterborough area are receiving $5,000 micro-grants through Starter Company Plus

Seven Peterborough-area entrepreneurs have received a collective $35,000 in spring funding for the provincially funded Starter Company Plus program offered by the Peterborough & Kawarthas […]