Bloomfield — Both are listed among the Top 100 Women of Color. Both women are also working to serve the community and develop their entrepreneurship. But even with similar goals, their journeys took different paths.

The Courant spoke with Francine Austin and Tasha Ruth about how they created their own paths to entrepreneurship.

As a girl, Austin was sure of two things: she loved the entertainment industry and serving others.

She said she knew, even at an early age, that she was born to be an entrepreneur.

And her two loves helped her build her entrepreneurship; she is now CEO and founder of Francine Entertainment and Marketing Co.

“I was the person with the lemonade stand at the end of her driveway,” Austin said. “I have always been an entrepreneur. … When we had the big (bake) sales at school, I was the one who worked with the teachers to organize (and) bring the baked goods to each classroom, (making sure) everything looked right, the (baked goods) presentation.”

Austin said that training as a young girl translated into her production work for her company today.

“All together it was natural for me. … As a 10- and 12-year-old girl, I would have showcases in my home, where children would come to my home and I would organize it,” she said. “They would recite poetry. Many moms (were) at home, and we would put on shows for them. I would orchestrate (and) plan (this). I would take some snacks. I have everything set up correctly. I would create the graphics.”

Austin said watching Carol Burnett and Oprah Winfrey on television also helped her realize she could live her dream of giving back while in entertainment as an entrepreneur. This led her to start her own organization, A Giving Heart.

“Oprah came in and she just shined a light on your ability to be everything … how you can still have a giving heart, because that’s when I realized I could live my dream (of) philanthropy as well as (in) entertainment as an entrepreneur. I still (can) produce all my stuff, use my skills for marketing, PR events, (and) production. All these things have come together for the greater good of humanity. That is what is most important to me.”

Austin noted that she turned to entrepreneurship from corporate America, before COVID-19.

She said she “worked in a company, because we were all told (to) go to school, get a corporate job.

“It means you’ve arrived… that you’ve made it. However, success for me was not defined by another corporation telling me, ‘Here’s this review. Here’s what you do. This is your life.’ I knew there was something more in me, something bigger. I had a burning passion … always … to do something bigger. I’ve always been a visionary. I knew I had to step out on faith and do exactly what I needed to do.”

After leaving her corporate job, she began by opening her first hair salon and day spa in Bloomfield, with the goal of providing a safe haven for women of color to pamper themselves and talk about the issues that mattered most to them. Many of her first clients were professional women of color, many of whom she worked with, fellow members of her Links organization, or friends she had grown up with.

“I knew I wanted a spa. Not so much a salon as a spa, (because) at that time there was no place where women of color could go and be taken care of in a professional manner. We are told as women of color that we don’t deserve time to relax or take care of ourselves,” she said. “This generation now (now) talks a little more about it. However, at the time, no one told women of color that they should take care of themselves. Also, (when women of color went to receive) those types of services in other institutions, you were discriminated against. So you wanted to go somewhere where you feel comfortable, where someone understands you.”

Through the spa, she was able to cultivate conversations about philanthropy, service, new careers and information about scholarships for children.

While working at her spa and salon business, Austin said she was able to transition into food on her next step in her entrepreneurial journey, which led her to television, after helping a young woman who wanted sales help. products in your business.

“I invited her to my salon to host an evening to sell my products and help her with her business,” Austin said. “She was so happy, and she’s telling other people (about the event). Then, the next thing you know, people have heard about my food, what’s going on in the lounge.

“I started bringing food into the lounge so we wouldn’t have to order and everyone would have something great.” Fast forward ABC’s ‘The Chew’ finds out about me. I’m going on national television. I cook ribs for ABC and won… for my 2016 Brown Sugar Molasses Ribs.”

After Austin won “The Chew,” she was offered the show, along with other opportunities. At the same time, she decided to give back to various local organizations, hosting an evening at the Bushnell and inviting her friend, ABC’s Tamron Hall, to create A Giver’s Heart Presents “An Evening of Philanthropy” with Hall in April 2018.

This allowed her to transition to her own company, Francine Entertainment & Marketing. Through this company, Austin organized community events and fundraisers across the state, using her national connections and appeal.

Some of these include: Black Doctors Day at Dunkin’ Donuts Park in Hartford, bringing young people of color into medicine; The Hartford Foundation’s Black Giving Circle Fund presents: 20/20 Vision: The Role of Black Philanthropy in Social Justice, bringing in guest speakers such as Pulitzer Prize-winning journalist and creator of the landmark 1619 Project, Nicole Hannah-Jones, and co. -founder of Black Voters Matter, a national organization focused on increasing voter registration and turnout in the black community, LaTosha Brown; Trinity Health of New England 24 Hour Vax-A-Thon, with over 1,000 residents vaccinated.

She also helped raise funds for the first memorial built for Walter “Doc” Hurley and his Legacy Scholarship Weekend with State Senator Douglas McCrory held at the Artists Collective, Hartford; and created a strategic branding, marketing, communications and media placement plan, directly with Fairview Capital, JoAnn Price, Founder and Managing Partner, and Stephen Bayer of the Jewish Federation for the Brother Carl Institute for Violence Prevention and Community Engagement.

She said that what people understand her most is that she has the ear and heart of her community. “They know I care. … When I say my community, I don’t just mean Hartford. My community is big. People know I genuinely care and what you see is what you get with me. … That’s just the way I am.”

After the COVID-19 pandemic caused Ruth’s position to become remote and her CPA told her she couldn’t claim anything remotely, the 13-year-old assistant manager decided to take her love of service to the next level.

After learning this from the CPA, Ruth said, “You know what? You’re right. I will go ahead and do it.

“It kind of put a battery in my back. I already unofficially ran my own business, without LLC. What I do is help individuals with comprehensive financial planning, budgeting and teaching the basics of how to manage your credit(s) to save money.”

Thus Ruth Consulting LLC was born. In addition to helping others with finances, she helps community members prepare for job interviews and plan events. She did many of these services for free before embarking on her entrepreneurial journey.

“I do many things from the heart. I have helped many people repair their credit. I helped them write letters to the credit union so they could get a loan if they needed it for a car, helping them fill in the blanks,” Ruth said.

However, she said she also understands the importance of formalizing her business with an LLC, not only for her personal financial gain, but also to reach more individuals in her community who need help.

Some of the other services Ruth Consulting Firm, LLC offers include assistance with Social Security and disability paperwork.

For example, she said she can help those denied disability benefits by working as an attorney, helping clients gather documents and medical information, turn them in and talk to case managers.

“Many times people are denied Social Security or disability simply because they don’t understand the process,” she said.

Ruth lost her father during the COVID-19 pandemic and took a break from her work to take time to grieve, but has now resumed it in honor of her father.

“I’ve been putting off work because if I can’t take care of myself. How will I help someone else? I’m still grieving, but a lot of it is fueled through my dad’s spirit,” she said. “I was a daddy’s girl. I decided I had to get back in the game.”

Follow the most popular headlines of the day sent directly to your inbox weekdays at 15:00

She said it helped when she was nominated for the award, attended the event and was asked to speak.

She said she noticed that she was “absent from the scene” and that she was taking care of herself after losing her father. She also talked about staying relevant and that “a lot of people in the community will call me just to give me support” and ask for her help.

She said she has kept her job at MetLife and appreciates their support, as she was recently promoted.

While her outside work is ongoing, Ruth still has big plans to continue helping her community, including adding a real estate license to her long list of services, and plans to take the real estate test.

She said her “goal and mission” is to buy the building and rent it to people who want to buy houses, and that they can stay in the building for up to 36 months with a fixed rental rate, so they can save money. She said she would offer financial classes and lectures on it.

Ruth wants to make sure she can help more people of color become homeowners.

“As you can see, they are demolishing the projects. We no longer have projects where people can come in and pay low, low rates. Right now if you want to rent on Garden Street in Hartford it’s about $1500 for a two bedroom apartment. We need more homeowners,” she said. “We need to bring a lot of people into (the) community, to a place where they can have more purchasing power. That’s my goal.” 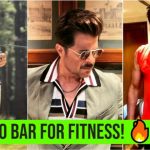 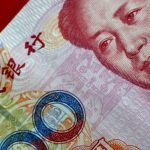 A mecca of mechanical know-how and business startups is emerging in South Waco, just a few blocks from tourist magnet Magnolia Market. Each day, the […]