After a tense school board meeting Monday night, parents want to know if there will be enough money for the district to pay its bills.

On Monday, the school board rejected key financial items on the agenda.

Some parents said they are furious and see this as a moment where political divisions are preventing board members from seeing eye to eye.

Heather Hope-Hernandez has a daughter in seventh grade in the district. She sees no logic in last night’s vote that shut down key funding.

Board member dr. Jerry Griffin was one of three members who voted against. Two board members voted against everything, but he was selective for a reason.

“I went through it item by item,” he said. “And I said this item needed a debate. That’s the only reason I voted no. I didn’t vote no because I thought it was bad, I voted no because they wouldn’t let us debate it.”

Board President Stacey Woolley indicated that’s something that could change, as long as students, not politics, lead the conversation.

“If we need to make changes to some of our policies, if we need to change the way our agenda plays out, what I’m not willing to do is say we’re not going to put students first in our focus,” she said.

Heather’s daughter Margaret hopes the board remembers that.

“Remember who they’re trying to help here … We’re not even part of the conversation at this point,” she said. “I’m still in high school, like I’m still a kid, still learning how to figure this out… And I just never thought I’d have to deal with this, and I never thought I’d have to deal with taking care of whether I will have air conditioning when I go to school or whether the lights will be on.”

This will not be the last time these issues are discussed. Many of the key items that were rejected will be back on the board’s agenda for Thursday’s upcoming meeting. 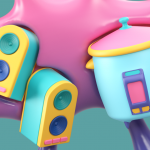 Lorrie Ferrari is wrong to blame the Maine Democratic Party for outside money spent on the Cumberland County District Attorney’s primary race. An out-of-state PAC […]