Britain will miss all its international aid targets agreed with the UN, a new report has revealed, warning that Liz Truss is focusing on finance instead of poverty and clean water.

The report by Bond, which represents international development groups, shows that the UK is on track to miss its pledges on the 17 Sustainable Development Goals to be met by 2030.

The goals, adopted by all UN member states in 2015, include ambitions to reduce world poverty and hunger, as well as provide clean water and education.

The report states that for the third year in a row, the Foreign Office has not submitted its annual review of progress in achieving these goals to the UN.

The government’s 10-year international development strategy, published in May, puts finance and investment at the centre, with £8bn invested in businesses, trade and jobs overseas.

The Bond report argues that this focus has led to the UK stalling in tackling the global problems it has pledged to help solve.

It comes after the government’s decisions to reduce the UK’s contribution to the World Bank, merge the foreign affairs and development departments and cut the UK aid budget from 0.7 to 0.5 per cent of gross national income, all of which have been criticized by the aid sector.

“The Foreign Secretary could play an important role in supporting the international community to achieve the Sustainable Development Goals,” said Stephanie Draper, chief executive of Bond.

“In reality, the UK is so far behind on progress that we are now at risk of breaking our commitment to the UN and global partners to meet the 2030 targets. Stronger leadership is needed to get us back on track.”

The report says there is no longer a clear UK commitment to “leaving no one behind”, as in previous administrations.

The Telegraph reported that the International Development Strategy is partly an attempt to counter China’s “Belt and Road” initiative, in which the country has invested heavily in the infrastructure of poorer countries in an attempt to improve its global standing.

The education of women and girls, seen as being of particular interest to Mrs Truss and included as one of the four pillars of the new strategy, is also suffering, according to the Bond report.

It comes after The Telegraph revealed impact assessments showing the government knew its aid cuts were disproportionately affecting women.

Danny Sriskandarajah, chief executive of Oxfam GB, said the UK had spent “recent years backsliding on its commitments to help the poorest”, adding: “The new strategy seems more focused on promoting its own short-term interests rather than addressing long-term global challenges.”

A spokesman for the Foreign, Commonwealth and Development Office said: “Development is at the heart of UK foreign policy.

“The UK brings powerful economic and political tools to our development partnerships: aid, diplomacy, trade, investment, expertise and influence. We will use them to meet the growing needs of our partners and support the achievement of the UN Sustainable Development Goals.” 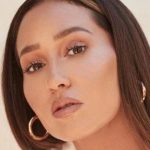 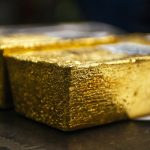 Next Article A tale of two golden strategies The Fi…

The Global Financial Alliance must practice before it preaches

It is fashionable to talk about ESG investing. Will it change your money and your life? The Environment, Society and Governance (ESG) initiative evolved from […]

Elon Musk has informed Twitter that he intends to terminate the deal to buy the social media group for $44 billion, accusing it of disclosing […]