One in five businesses were started because the founders were jealous of their former boss, according to new research, and entrepreneurs are desperate to experience the freedom of running their own business.

Start My Business, the business start-up platform, commissioned a survey of UK SME owners and senior decision makers to see what motivated entrepreneurs to start their business.

The survey found that 20 percent of business owners started a business because they were jealous of their former boss, especially entrepreneurs under the age of 35, and 40 percent cited jealousy as the main reason for starting a business.

More than half admitted they wanted more power and control than they were able to get at their previous job, a figure that rose to 62 percent among younger entrepreneurs.

It also found that 41 percent admitted to enjoying telling others what to do, and 36 percent said they hated answering to people above them in their previous jobs.

Jealousy of a former boss even prompted one quarter to consider a hostile takeover of their former company, before setting up their current business.

Shoaib Aslam, founder of Start My Business, commented: “There are many reasons why entrepreneurs start a business, and the freedom to be yourself is attractive to many. The flexibility to make your own decisions and run the company the way you want without answering to anyone is liberating and one that all entrepreneurs benefit from.”

“But a business cannot be formed out of jealousy alone. Starting a business requires careful planning, including checklists of key tasks and researching digital tools and services, to be successful. Especially for younger entrepreneurs, the guidance and support of fellow business owners and even business mentors can be an invaluable resource to help a business develop and begin to grow. 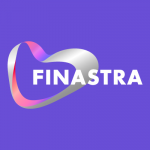 BELLE FOURCHE — While a Belle Fourche boy recently received a lesson in business aimed at encouraging and developing his entrepreneurial spirit, a local businesswoman […]

The former editor of the CPM’s official mouthpiece, Deshabhimani, the late VT Induchoodan, theorized that the absence of a clearly identifiable ‘Vaishya’ class was the […]