A sign stands outside an Abbvie facility in Cambridge, Massachusetts, U.S., May 20, 2021. REUTERS/Brian Snyder/File Photo

July 7 (Reuters) – Drugmaker AbbVie Inc makes most of its sales in the United States while shifting most of its profits overseas to avoid U.S. taxes, an interim report by the Senate Finance Committee said on Thursday.

According to a Democratic staff report, more than 75% of Illinois-based AbbVie’s sales are made in the United States, while only 1% of revenue is reported in the home country for tax purposes.

This is a long-term trend for the company. In 2018, Reuters reported that AbbVie reported its income in lower tax jurisdictions, which was possible in part because the company parked most of the patents for its best-selling drug, the rheumatoid arthritis drug Humira, in the tax haven of Bermuda.

The report proposed reforms to the US tax code to address the issue, including raising taxes on certain income earned abroad and fixing loopholes that encourage offshoring.

AbbVie did not respond to a request for comment. 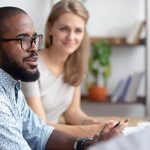 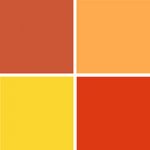 Wells Fargo will join the AFP in their efforts to increase awareness of treasury and finance careers among underrepresented communities. BETHESDA, Md., July 12, 2022 […]

RCap Debt Settlement: Home finance and NBFC units can be parked in a trust

The Committee of Creditors (COC) of Reliance Capital has proposed to put Reliance Commercial Finance (RCF) and Reliance Home Finance (RHF) into a separate trust. […]