California Will Permit The Disposal Of Human Remains

In accordance with a new law that Governor Gavin Newsom signed this week, California will join an increasing number of states that permit people to have their remains composted.

It is known as natural organic reduction. According to the Sacramento Bee, a corpse is placed into a steel container and covered with wood chips, hay, straw, and other items until it starts to decompose. Remains are either given to family or buried in a conservation area.

Oregon and Colorado soon followed Washington in allowing the practise. By 2027, California must establish regulations.

Assemblywoman Cristina Garcia, a Bell Garden Democrat and the proposal’s co-introducer, said: “The wildfires, tremendous drought, and heat dome we recently experienced remind us that climate change is real and harmful, and we must do everything we can to minimise methane and CO2 emissions.”

A human body turns into soil in roughly six to eight weeks, claims Recompose, a Seattle funeral facility that costs $7,000 for the procedure.

According to Recompose, a body generates around a cubic yard of compost. The soil “restores trees, sequesters carbon, and nourishes new life” and “returns the nutrients from our bodies to the natural world.”

When we die, our bodies can return to the ground thanks to natural organic reduction, according to CEO Katrina Spade.

The Smithsonian magazine reported that proponents of the procedure claim it is more environmentally friendly than cremation, which makes up more than half of all “body dispositions” in the United States. According to some estimates, cremations produce more than 500 pounds of carbon dioxide every cremation, which results in an annual greenhouse gas production of 360,000 metric tonnes.

When embalming fluids leak into the earth during burials, environmental damage might also result. 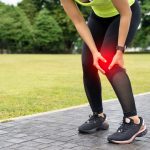 Why is it so controversial?: Geoengineering has long been a taboo subject among scientists, and some argue that it should remain so. There are questions […]

Watch out – new timing Apple and Samsung wearables are on the way. Apple Whisperer Mark Gurman reports that Apple plans to release a more […]