According to a study of roughly 100 women in England, babies in the womb appeared to grin after their moms consumed carrots and frown after they consumed kale.

Nadja Reissland, a co-author of the study and the director of Durham University’s Fetal and Neonatal Research Lab, told NBC News, “We are the first ones who could actually display on an ultrasound scan the facial expressions in relation to the food that the mother has just consumed.”

The research’s infants ranged in gestational age from 32 to 36 weeks. A woman typically becomes pregnant 40 weeks after her last period.

These infants’ reactions resembled the expressions that children or adults make when they taste something sour, according to Reissland. But it’s unclear whether unborn children feel emotions or dislikes in a similar way. Additionally, she noted that the grimaces might simply be skeletal reactions to the bitterness of the kale.

According to her, the study may assist demonstrate how flavour exposure during pregnancy can influence eating patterns.

According to Reissland, pregnant women who maintain a good diet may give birth to children who are less picky eaters. 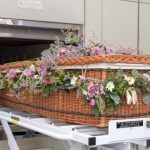 Previous Article California Will Permit The Disposal Of Human Remains 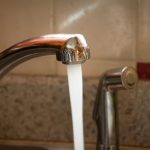 One highly popular target has been reached in the pursuit of wearable technology that promises to revolutionize health care, according to researchers at Texas A&M […]

The FDA authorised the use of COVID-19 vaccines developed by Pfizer/BioNTech and Moderna for emergency purposes on Wednesday. The organisation highlighted research to back up […]

It’s culture thing, but many of us in the US do not enjoy swallowing any beverage at room temperature. Steaming hot or ice cold, sure, […]