Groton — When Cindy R. Landry was hired in 1982, she never dreamed she would spend her entire career in the city and that it would all be in the finance department.

She started in the tax administration, then moved to accounts and held the positions of accounting supervisor and treasurer. She became finance director in 2014. She retired last Friday after 40 years of service to the city.

“Forty years is a long time and I’ve seen a lot of changes over the years, but it’s gone by so fast,” Landry said. “I’ve worked with some amazing people over the years and I can’t speak highly enough of my staff both past and present. I am especially grateful for the great bosses I had – each in their own way taught me a lot and gave me the opportunity to gain experience that helped me reach the position of finance director.”

Landry said she has enjoyed all her years in the city and has had the opportunity to constantly learn. Indeed, the people made her want to stay in the city for her entire career.

“It was like a family,” she said. “Everyone was so happy. Everyone helped each other.”

People have always been willing to teach and train each other: “I will be forever grateful to be employed here,” she said.

Although she has held supervisor and finance director positions, Landry said she has always thought of herself as a “worker bee” like everyone else and felt like she was working for the city and its residents. She tried to be accommodating and help anyone who had questions.

Landry said she would especially like to thank Burt for his support over the past few years. She said she will miss the city and her fellow employees, but is looking forward to her next chapter.

Landry, 63, said she’s stepping down because it’s time. Her husband retired a few years ago, and Landry, who was born in the South and moved to Groton when she was 12, said she is a Southerner at heart and will return to the South to return to her roots and be her closer family.

“Cindy was an incredible employee with a wealth of historical knowledge that cannot be replaced,” said Burt. “We worked well together and she was always someone I could rely on. He will be missed here.”

Groton employees and officials who worked closely with her also honored her.

“I don’t know if I know anyone who has the memory for detail that she has, and her ability to recall situations and facts and numbers has always amazed me, but I’d say she’s done really well for the city of Groton,” said Assessor Mary Gardner . “You’re in a tough position as a finance director because everybody’s coming to you for something, but she’s done really well for the taxpayers of Groton and made the best decisions for the city.”

“I always thought she did a great job and it was a real pleasure to work with her,” added Gardner.

“The city has been fortunate to have received so many years of service from Director Landry,” said Mayor Juan Melendez Jr. “She always took the time to answer all my questions. I will miss her.”

City Councilwoman Melinda Cassiere said she can’t thank Landry enough for her many years of dedicated service. “She was always courteous, prepared and showed professionalism and patience with elected officials during any of our budget questions or concerns,” Cassiere said. “Congratulations to her on her retirement.”

“Director Landry has provided the City of Groton with exceptional financial oversight for many years and her contributions to the City of Groton’s strong financial position cannot be understated,” said Groton City Councilman David F. McBride Jr., who is also New London’s CFO. “She is very well known in the municipal finance world, and the City Council and administration wish her the best in her well-deserved retirement.”

City Councilwoman Rachael Franco said she thinks Landry is “a rock star of municipal accounting and her shoes will be very hard to fill.”

“During her tenure at Groton City Hall, Cindy served in a variety of positions as she progressed through her career before finally retiring as Finance Director. She also spent a lot of time after hours and on weekends attending Groton budget, City Council and RTM meetings,” said Franco, who added that he has the utmost respect for Landry and thinks she truly earned and deserves a long and comfortable retirement. She said she wishes Landry the best.

City Councilman Bruce Jones called Landry “a tremendous asset to the city.” He said she was very, very dedicated and tireless and always willing to help and answer questions. She explained the financial issues very clearly and was very approachable in terms of explaining the city’s financial operations.

“I enjoyed working with her,” Jones said. “I wish her all the best in her retirement. She will be missed.” 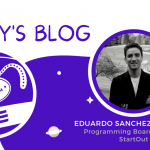 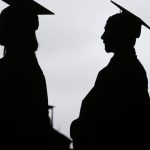