SAN SALVADOR, July 14 (Reuters) – Salvadoran Finance Minister Alejandro Zelaya played down on Thursday the potential positive impact of a long-delayed deal with the International Monetary Fund, even as the heavily indebted country braces for a possible medium-term default.

El Salvador has announced that it is negotiating a possible $1.3 billion loan with the IMF in March 2021, with the aim of filling holes in the Central American country’s budget and reducing the high costs associated with the country’s debt, which in March exceeded $24 billion .

The future of the agreement has looked uncertain since El Salvador last September rejected the IMF’s calls for the government to reverse its decision to make bitcoin legal tender.

In his address on Thursday, Zelaya said talks with the IMF were continuing but played down the fiscal impact of the deal, which he said would amount to less than 10% of the national budget.

“You have to put all these questions into context, but we are continuing to talk and when we have something concrete, we will announce it.”

“I saw that some analysts believe that the agreement with the IMF will completely improve the health of the country’s public finances, and no, that is one part of our strategy for improvement,” Zelaya said. 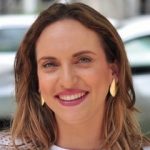 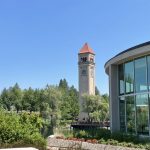 How immutable tracking can revolutionize data accountability in finance and entertainment

CHICAGO, IL / ACCESSWIRE / July 6, 2022 / The data industry has grown rapidly over the last decade and shows no signs of stopping. […]

Auckland, July 11, 2022 (GLOBE NEWSWIRE) — Omega emerges as an elegant, streamlined approach to unlocking the vast potential of the financial markets to every […]