Rome/ Nusa Dua Indonesia – QU Dongyu, Director-General of the Food and Agriculture Organization of the United Nations (FAO), today highlighted to G20 finance ministers and central bank governors the growing food and nutrition security crisis facing the world. Highlighting data from the latest edition of the FAO and its partners’ State of Food and Nutrition Security in the World (SOFI), Qu noted that by 2021, 828 million people suffered from chronic hunger. This is an increase of 46 million compared to 2020 and 150 million compared to 2019, before the COVID-19 pandemic. About 2.3 billion people worldwide were moderately or severely food insecure in 2021 – 350 million people more than in 2019.

These clear figures represent the picture before the outbreak of the war in Ukraine, which worsened the situation especially for the poor and the most vulnerable, Qu stressed. The Russian Federation and Ukraine are important players in global food and fertilizer markets, and the war has multiple implications affecting trade, prices and livelihoods.

These factors “will continue to affect food security and nutrition in many countries in the months and years to come,” he warned.

Even before the conflict, international food prices were at an all-time high, mainly due to supply chain disruptions, but also as a result of soaring energy and agricultural input prices.

The latest FAO food price index, released on July 8, fell slightly for the third consecutive month and averaged 154.2 points in June 2022 from its high point of 160 in March 2022. Drivers of the price jump include: strong global demand due to recovery ; bad weather in some producing countries; high production and transportation costs and supply chain disruptions due to COVID-19 – now exacerbated by the ongoing war.

The war affects the fertilizer market

The war also affects the fertilizer market, as the Russian Federation is a key fertilizer exporter. About 15 net importers of fertilizers in Latin America, Europe and Asia depend on imports of over 30 percent from Russian fertilizers. Among them are Brazil, India and the European Union, which are major agricultural producers and key players in world markets, Qu said.

While food prices are high in the retail market, rising prices of agricultural inputs, including animal feed, fertilizers, pesticides and fuel, have reduced farmers’ incomes, leading to lower production.

“This could place a double burden on global agri-food systems: leaving us with poor farmers and food shortages at the same time,” the FAO Director-General warned.

Faced with this, Qu called on G20 finance ministers and central bank governors to support FAO’s initiative for a fund to help the sixty-two most vulnerable countries with food import bills amid the current global food security crisis.

The Food Import Financing Facility (FIFF), proposed by the FAO earlier this year, “will help countries finance food purchases to reduce any risk of social unrest. With your support, it could be implemented by leading multilateral financial agencies under their balance of payments financial mechanism,” Qu said in a statement to the Indonesia-hosted meeting.

The food import bill for 62 countries, which are net importers of food in the low and lower middle income groups, rose to $24.6 billion. It affects 1.79 billion people, according to FAO estimates.

FIFF is also aimed at increasing global agricultural production and productivity in a sustainable manner. It would complement existing mechanisms within the UN system, be strictly based on urgent needs, and be limited to low- and middle-net-income food-importing countries. In addition, FIFF is designed to increase future resilience by asking eligible countries to commit to investing more in sustainable agri-food systems. 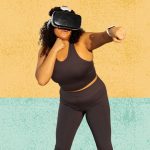 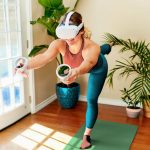