Money and assets are evolving in an increasingly digital and virtual world, and financial affairs will also change to keep up. Here’s a look at some of the new roles those in the industry see emerging.

Usually the bank guards keep the bad guys away. How about security guards hired to break in? Large financial institutions have long hired companies to hack into their systems and report vulnerabilities, a process called penetration testing, says Shawn Moyer, co-founder of one of those companies, security research firm Atredis Partners. A big change he’s seen in recent years is that financial institutions are hiring internal penetration testers to continuously test their systems. “People have realized that you can’t just do a test once a year. When you’re continuously writing code and constantly deploying new infrastructure, you need to have a continuous penetration testing process,” he says. Talent has always been hard to find, says Mr. Moyer, who has hired penetration testers for more than 20 years. Now these jobs are even more in demand. Do we need more hackers? “I don’t tend to use the word that much, but yes,” says Mr. Moyer. 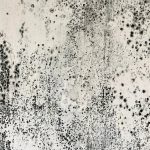 Previous Article That strange smell in your house could be mold. Here’s how to check 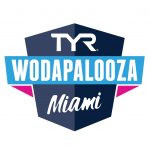 Japanese Finance Minister Shunichi Suzuki and US Treasury Secretary Janet Yellen will meet in Tokyo on Tuesday, focusing on capping the price of Russian oil […]