BELLE FOURCHE — While a Belle Fourche boy recently received a lesson in business aimed at encouraging and developing his entrepreneurial spirit, a local businesswoman got a poignant reminder of what business is all about.

Eight-year-old Tobiah Sowers got a mini-lesson in running a toasty July 1st when he ran a lemonade stand outside his Belle Fourche home. He told the Pioneer on Tuesday that he had wanted to run a lemonade stand “for a long time.”

Tobiah’s stand was apparently quite successful with many customers buying numerous glasses of his lemon product, nearly selling out of his stock and earning him $145.

Another Belle Fourche business person, Peedee Hansen, who owns the Hitching Post Tap House on State Street with her husband, Slade Hansen, and the Blue Spruce Coffee Hut, was driving by the stand that day and said she felt drawn to support the budding young entrepreneur. .

Afterward, Hansen praised Tobiah’s lemonade stand on social media, encouraging others to stop by and support his stand.

Tobias’ father, Randy Sowers, a Belle Fourche city councilman and local businessman, said he is proud of his son’s spirit and wants to spread the life lesson.

“It’s like the heart of the entrepreneurial spirit — the seed that gets planted,” Sowers said.

Sowers planned a surprise trip to see Hansen at the Hitching Post with Tobiah on Tuesday to encourage the practice of supporting local businesses, especially those who support you and your efforts.

“This is part of the process,” Sowers said, referring to Tobia scratching Hansen’s back as she scratched his. “Part of it he paid for the goods… And next time he will pay for the labor.”

Tobiah said he helped his mother, Erica Sowers, make the lemonade. He was especially proud that instead of a dry lemonade mix, they purchased and squeezed 23 fresh lemons to create his refreshing product to sell to his customers.

Hansen was surprised and excited to see the familiar young man and shared some of her feelings about the experience she had with him about two weeks ago.

“You were really good,” said Hansen Tobiah. “I was really proud of your lemonade stand. I’m really impressed with you.”

After interacting with Tobiah and his efforts, Hansen said she called her husband, Slade, to share the experience.

“I said, ‘This is why I opened the (Hitching Post) Tap House, this is why I opened my coffee truck, this is why we started (Slade’s) business 10 years ago – it’s because we’re passionate about something and we want to share it with people ‘, she said. “It brought me back to being a little kid and just refreshed me on why we do what we do.”

Hansen appreciated Sowers’ surprise and the opportunity to be a part of an impactful life lesson with Tobiah. She said she appreciated being able to witness Sowers’ demonstration of the importance of supporting one’s neighbors and the local businesses they operate.

“It also makes the community tighter,” Hansen said, explaining the connection that can be fostered within a community. “(It includes) taking care of each other. I think we’re losing that a little bit because of Amazon and different things, and I realize what makes the community stronger.”

To read all of today’s stories, click here or call 642-2761 to subscribe to our e-edition or home delivery.

Previous Article The million-word novel was censored before it was even shared. Now Chinese users want answers. 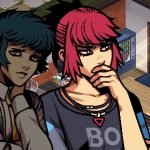 Here are some compelling statistics: Black-owned franchises earn, on average, more than twice as much as independent Black-owned businesses. About 26% of franchises are owned […]

Save $140 on a Refurbished Apple MacBook

YLAI’s purpose is to empower emerging entrepreneurs from the Western Hemisphere to help improve their economic potential alongside their communities and countries. Launched by the […]