Lecture on ‘Emissaries and entrepreneurs in 18th century London’ at KCC

Jamshedpur, July 8: The Departments of History and Political Science of Karim City College (KCC) jointly organized a lecture on “Emissaries and Entrepreneurs in the 18th Century”.th century London.’ The guest speaker was prof. Arup Kumar Chatterjee from the Department of English, Jindal Global Law School at OP Jindal University in Sonepat, Haryana.

Professor Chatterjee, known for his acumen in English and deep-rooted knowledge of interdisciplinary discourse, held his audience spellbound which proved the persistent observation of his authority on the subject he dealt with in depth. For reference, Professor Arup Kumar Chatterjee mentioned Indian envoys and entrepreneurs like Mirza Ehteshamuddin, Mirza Abu Talib Khan and Sheikh Deen Mohammad who traveled to London and contributed immensely to its economy.

Director of KCC, Dr. Mohammad Reyaz delivered the welcome speech. The introductory speaker, prof. Arup Kumar Chatterjee was presented to the audience by the head of the Department of Political Science, dr. Anwar Sahab. The program was led by Dr. Kausar Tasneem from the Department of History, while the vote of thanks was offered by the head of the Department of History, Dr. Indersen Singh. Dr Vasundhara Roy, Dr Neha Tiwari, Dr Iftekhar Nabi, Prof Badr Ahmad, Dr Zaki Akhtar, Dr Subhash Gupta and other teachers were present during the lecture. The lecture was followed by an interactive session during which the 280 students present had a lot to learn. 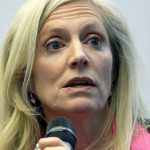 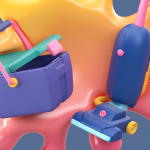 Akeem Davis: How networking led to the intersection of entrepreneurship, volunteerism

Akeem Davis is passionate about serving others. As an entrepreneur, he knew that building a strong network would be the backbone that supported his mission. […]

Supporting Polish companies and local entrepreneurs is especially important when prices are rising and the economy is slowing down, a recent Eurocash report said. The […]