Visakhapatnam: Krishna P Nangegadda (Krish), who hails from Guntur and has lived in the Boston area of ​​the United States for over three decades, entered the world of startups way back in 1986 in Vijayawada.
He helped local industry and small businesses automate their business processes in the late 1980s. He received national recognition for his pioneering work in spreading computer culture in the then coastal Andhra Pradesh.
His initial investment came from his mother, who sold a piece of land to launch her son into the business world. “My mother’s leap of faith added more responsibility. I quit my job to go into business in the mid-1980s, when work was considered something to be done by those who are not fit for any job,” said Krish in an interview to TOI.
An advisory board member of Northeastern University’s Center for Entrepreneurship Education, Krish explained the differences between the US and Indian startup ecosystems. “Things have improved a lot in India recently with several students embarking on entrepreneurial journeys instead of opting for jobs. The Union Government has also launched several schemes and initiatives for startups, which is largely absent in the public sector in the US. It is encouraging to see Indian startups focusing more on social issues,” said Krish.
After his initial success in the 1980s in a united Andhra Pradesh, Krish continued his entrepreneurial journey to the United States. He has built and led successful companies that have been listed as the fastest growing private companies in North America by Deloitte’s and Inc. for three years in a row. Magazine.
In 2017, Krish helped establish the International Institute for Entrepreneurship Development (i2E), an initiative of the Andhra Pradesh government, through which he helped set up startup incubators in at least five university campuses on a pilot basis. He also serves as the Chief Innovation Officer at Gitam Deemed-to-be University.
“I’m like semi-retired because I left all my jobs. I now serve as an angel investor and business mentor to help and mentor new age entrepreneurs to make their dreams come true. The effect would be phenomenal when a startup solves a social problem. The change is evident as some parents are also encouraging their wards to take the initial path,” said Krish. 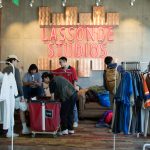 Previous Article Off the Rack: Marketplace for young fashion entrepreneurs 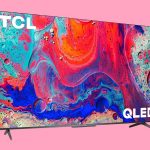 Opinions expressed by Entrepreneur associates are theirs. Order completed. Every small business that sells products on Amazon loves to read those two words. If you’re […]

Opinions expressed by Entrepreneur associates are theirs. You are reading Entrepreneur India, an international franchise of Entrepreneur Media. During the peak of the 2020-21 COVID […]