Ask most people why states break up and many will say that the different groups that share a country naturally dislike and distrust each other. Yugoslavia fell apart because shortly after the collapse of the Soviet Union, Serbs and Bosniaks, and then Bosnian Muslims, started fighting each other. Ethiopia recently slipped back into civil war as its various ethnic groups – Tigrayans, Amharans and those from the Sidama region – wanted control of the government.

So the underlying ethnic, religious difference must be the cause of all these conflicts, right?

Nigerians have a lot at stake in answering this question. Our country is becoming increasingly divided, and ethnicity is now playing a central role in discussions about where the presidency should go in 2023. Can the country get through these adversaries and polarizations?

It turns out that differences alone do not lead to violence. This is the discovery of political scientists who have studied hundreds of ethnic conflicts around the world. Almost all countries around the world are multi-ethnic and multi-religious, but few are experiencing a crisis. Until 1922, Bosnia was a diverse nation where Croats, Serbs and Bosnians lived peacefully together for decades.

For society to fracture along identity lines, you need spokespeople—influential people willing to make discriminatory complaints and implement discriminatory policies on behalf of a particular group. They invoke and exploit a sense of fear as a way to lock themselves into an ethnic group that will support their struggle for power. These spokespeople are often politicians seeking to gain or maintain power, but can also include business elites (seeking brand loyalty), religious leaders (seeking to expand their following), and media personalities (seeking to grow their audience).

Separate and hostile ethnic identities do not exist in a vacuum; they need to be made – and these individuals are rising up to do just that. They are often at high risk of losing strength or have recently lost it. Seeing another path to securing their future, they cynically exploit divisions to try to reassert control. We see such numbers on our social media platforms (Twitter, Facebook, etc.). And they are more dangerous than what we have been led to believe. Experts have a term for these drivers of conflict; ethnic entrepreneurs.

The term was first used in the 1990s in Yugoslavia, but ethnic entrepreneurs have appeared several times, in all parts of the world. Although the catalyst of the conflict is often apparently something else – the economy, freedom of religion – ethnic entrepreneurs are fighting specifically over their position and status in society. Using the power of the media, they work to convince citizens that they are threatened by the group and must band together under the leadership of entrepreneurs to counter the threat. They also try to convince those in their group, often with inflammatory language, that they are superior and that they “deserve” to dominate. They (ethnic entrepreneurs) curse at some ethnic and religious groups at rallies, symposiums, places of worship and town hall meetings.

So why are average Nigerians allowing themselves to be swept away by this rhetoric? Perhaps surprisingly, they are often clear about ethnic entrepreneurs. They know that these individuals have their own agenda and are not telling the whole truth. Many Igbos did not trust, let alone love, Peter Obi, who was Atiku Abubakar’s running mate a few years earlier (2019). But they are now willing to show support after a growing threat – to their lives, livelihoods, families or futures and over time, the rhetoric of the OBidients, along with increasing ethnic biases, has constantly raised doubts. After silencing disloyal journalists and media houses, they bombarded their audiences with relentless messages of fear and doubt.

Unfortunately, Mr. Obi is now relying on their appeals to win the presidency, albeit in coded language.

Religion is next. In an effort to secure the support of evangelical leaders and their increasingly mobilized voters, ObIdients are taking more and more pro-life positions.

From appealing to key political concerns and creating anxiety where none is needed, these ethnic entrepreneurs are using a variety of tools to unsettle the country’s political atmosphere.

They rightly do so by exacerbating the issues on social media. Case study, Deborah’s murder. Twitter exploded, Facebook went mainstream, and social media became an ever-present part of our lives.

Critically, a network of these joyful ethnic entrepreneurs realized that they could gain ratings and influence by highlighting the tension online. Media titans like Sahara Reporters whose results are boosted by ratings and clicks have been feeding us increasingly polarized content.

Peter Obi entered this political barracks. In his struggle for power, he realized that appeals to identity could galvanize his political base. Now he has accepted identity politics explicitly and with gusto.

Obi intuited that a deep sense of alienation among many Igbo voters could propel him to power. Although he is too smart to factor much in the division like other ethnic entrepreneurs, he has resorted to radicalizing previous administrations of which he is a part as a two-time governor of Anambra State.

Although he remains an outsider in the race, his move is a future boost for other ethnic entrepreneurs who are now studying his playbook and will use it to catapult themselves into Villa in the near future. They will build on the momentum, and they will do so by producing threats, stoking even more ethnic fear and convincing the Igbos that they are indeed in the midst of an existential struggle. How far will these ethnic entrepreneurs go? How far are we going to let them go? 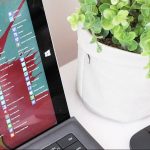 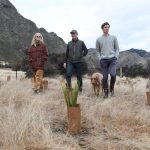 Across Latin America, entrepreneur-started companies are looking to invest in newer startups. One of the most promising companies investing in these new startups is the […]

Tobago Entrepreneurs on their way to New York

The Department of Tourism, Culture, Antiquities and Transport says the development of the island’s entrepreneurs is a collaborative effort and as a result has extended […]

Take care of your money: This entrepreneur learns to balance her mission and business with financial health | News

occupation: Founder of entertwine, a startup that uses artificial intelligence to help people develop their careers in entertainment. She also works at a non-profit organization […]