According to two recent, extensive studies of people in the United States and Italy that were published on Wednesday in the British medical journal The BMJ, eating a lot of Ultra processed foods can cause heart disease and early death in both men and women as well as significantly increase men’s risk of colorectal cancer.

According to Nestle, who was not involved in either study, “These two studies continue the consistency: Ultraprocessed foods are plainly connected with an elevated risk for chronic disease.”

The US study showed a correlation between ultraprocessed foods and colon cancer in males, but not in women, after analysing the diets of over 200,000 men and women for up to 28 years.

According to the World Health Organization, American Cancer Society, and American Institute for Cancer Research, processed and ultraprocessed meats including ham, bacon, salami, hotdogs, beef jerky, and corned beef have long been linked to a greater risk of colon cancer in both men and women.

However, the latest study discovered that all kinds of ultraprocessed foods contributed in some way.

According to co-senior author Fang Fang Zhang, a cancer epidemiologist and the head of the division of nutrition epidemiology and data science at the Friedman School of Nutrition Science and Policy at Tufts University in Boston, men who consumed the most ultraprocessed food had a 29% higher risk of developing colorectal cancer than men who consumed the least of it.

Even after the researchers took a person’s body mass index or nutritional quality into consideration, that link persisted.

Why did the recent study not uncover a similar risk for colorectal cancer in females?

Although the causes of this gender disparity are yet unknown, Zhang suggested that they might have something to do with the varied functions that fat, sex hormones, and metabolic hormones have in men and women.

Dr. Robin Mendelsohn, a gastroenterologist at Memorial Sloan-Kettering Cancer Center in New York City who was not involved in the study, speculated that women may have instead chosen ‘healthier’ ultraprocessed foods.

She continued, “Americans consume a significant portion of their daily calories from ultraprocessed foods—58% for adults and 67% for youngsters. “In order to prevent cancer, obesity, and cardiovascular problems, we should think about replacing the ultraprocessed meals in our diet with unprocessed or slightly processed foods.”

The second investigation monitored more than 22,000 persons in the Italian area of Molise for a period of twelve years. The March 2005 study’s goal was to evaluate the risk factors for cancer, heart disease, and mental disorders.

The effect of nutrient-poor diets, such as those high in sugar and saturated or trans fats, versus ultraprocessed foods in the emergence of chronic illness and early death was compared in a study published in The BMJ. According to research, eating either sort of food increases your risk of dying young, particularly from cardiovascular problems.

Ultra-processed foods were found to be “paramount to define the risk of mortality,” according to first author Marialaura Bonaccio, an epidemiologist at the IRCCS Neurologico Mediterraneo Neuromed of Pozzilli, Italy. This was discovered when researchers compared the two types of food to see which one contributed the most.

In reality, according to the standards used in the study, 80% or more of the meals labelled as nutritionally harmful were also ultraprocessed, according to a statement from Bonaccio.

According to Bonaccio, “this shows that the higher risk of mortality is not related directly (or mainly) to the worse nutritional quality of specific products, but rather to the fact that these foods are mostly ultraprocessed.

Why are meals that are highly processed so terrible for us? For starters, Zhang told CNN that they are “ready-to-eat or heat industrial concoctions that are manufactured with chemicals derived from foods or synthesised in laboratories, with little or no real foods.”

These excessively processed meals frequently have high levels of added sugar and salt, are deficient in dietary fibre, and are laced with chemical additives including synthetic stabilisers, colours, and tastes.

With regard to ultraprocessed foods, Nestle observed that “there is certainly something about them that makes people consume more of them without necessarily wanting to or realising it.”

“Ultraprocessed food’s impacts are pretty obvious. The causes of the consequences are not yet understood, “Nestle kept going. It would be good to know why, but until we do, it’s better to suggest consuming as little ultraprocessed food as possible. 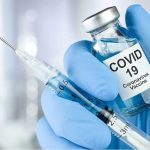 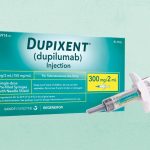 Next Article Side effects of Dupixent: What you need to know

Best Creamy Pasta Dinners That Are High in Protein

Pasta is one of the most popular comfort foods around. It’s quick, easy and it’s something that everyone seems to love. However, traditional pasta dishes […]

What is Food Freedom? How to Find It and What It Means To You

Food freedom is something that feels almost like a fairy tale. We’ve heard of our grandparents having it and wishing they had it again. But […]

‍Some many wonderful herbs and spices add delightful flavors and aromas to our foods. Oregano is one of them. This herb has a pleasant pungent […]

10 Best Snacks for Pregnant Women to Keep You Healthy and Full!

‍ Did you know that the way you eat while pregnant can have a lasting impact on your child? The quality of your diet, as […]