They connected in their first year of university over a shared interest in cryptocurrencies. Now they are taking over the gaming world.

Maxim Sindall and Majd Hailat are the heads of a startup company called Altura, which deals with the mysterious world of cryptocurrencies, blockchain technology and NFTs (non-fungible tokens) as part of the international multi-billion dollar online gaming industry.

And despite the massive fall in the value of the cryptocurrency in recent weeks, digital entrepreneurs are willing to endure it in the hope of a prosperous future.

“We are starting to sign contracts with significantly larger gaming companies, with higher quality games, and our infrastructure is really coming together. So the company and our products and our trajectory have not changed and we are very confident,” said Hailat.

Among its services, the company sells “smart” NFTs with properties that can be changed (as opposed to standard NFTs), offers technology to game developers that allows them to more easily incorporate cryptocurrencies into their games, and has created a marketplace for buying, selling, and trading items in the game.

But in order to focus on their company, Sindall and Hailat made the big decision to leave university.

Michigan-born Hailat, the son of Jordanian immigrants — the family moved to Windsor, Ont., when he was two — it was hard to tell his parents he was dropping out last year, halfway through his second year in computer engineering at the University of Toronto.

“I told (my parents) even a year or two before, that I really want to start something and if I do, I have no problem leaving school. They were very hesitant. They told me, ‘you should have a degree no matter what, it’s a good reserve. Later in the future, if something happened, you could use it,’ Hailat recalled.

It was less of a struggle for Sindall. His mother, a full-time professor at 24 who earned her doctorate at 22 from Cambridge University and worked as an executive at two public companies, actually supported his decision to drop out of his mining engineering program.

“It kind of dawned on us when we started doing really well, this doesn’t really make any sense (to stay in school). My mother was actually the one (who) came out and said, ‘look, I think it’s good that you guys left university and got on with this,’” Sindall said.

“The university will always be there. The institution has been around since 1827 in the case of U of T. It’s not going anywhere, but this opportunity might, so we might as well embrace it,” he added.

In April 2021 — in the middle of their first-year exams — they decided to go ahead with the company, only to receive a cease and desist order from a UK law firm requiring them not to use the company name they had chosen.

“We changed all our marketing. Our community was incredibly confused 20 minutes before launch as to why there was a new token name. It was a very crazy day,” said Sindall.

The two met in their first year of university and struck up a friendship over their shared interest in cryptocurrencies. Sindall has been mining cryptocurrencies since he was a teenager (both are now 20), and Hailat has been coding — writing digital code — since the 9th grade. Both bring different skills to the partnership.

“I bring a lot of technical skills to the table, a lot of coding knowledge and (Sindall) has a lot of connections. Something about Maxim made me realize, if I was going to go into business with anyone, it should be this guy. He is a dynamic guy. He can’t always explain technology well, but everyone likes him immediately. That’s one of his strong points,” Hailat said.

“We are a unit. There’s no partnership that doesn’t have its ups and downs, but we’re a unit and we’re focused on the same mission and we’re doing it,” said Sindall, who grew up in downtown Toronto and attended Island Public/Center Island School of Life Sciences.

They are also bringing some serious innovations to the gaming industry that they hope will make the company a commercial success.

Chief among them, the creation of a “smart” NFT for the gaming market. An NFT, until now a static or immutable item, is a relatively new form of cryptocurrency, allowing anyone to digitally own a real-world object, whether it be an image such as a piece of art or a photograph, or, in the gaming world, an object in the game like a sword.

“Before Altura, … the NFT was a static image, title and description, something that could not be changed. That was the nature of NFTs. So Altura came up with this technology that allows NFTs to be changed without sacrificing any of the previous properties. This is the first time the market has seen something like that,” said Hailat.

The other big innovation: giving gaming companies a much easier way to use NFTs, reducing the time it takes – due to the technical difficulties of coding – from months to days, he said.

“Our tools allow game developers to create games that use NFTs without having to know anything about cryptocurrency,” Hailat said.

They’ve also created a marketplace to buy, sell and trade NFTs, noting that game developers get a cut of the action — royalties — from each transaction, giving them an incentive to participate, Sindal said.

“These in-game items have an entire economy and market of their own,” Sindall said.

It’s a big job. In the gaming world, some NFTs have sold for millions of dollars, Hailat noted.

But the cryptocurrency market – which includes NFTs, which are similar to bitcoin tokens – has had its ups and downs since its inception a decade ago, with a serious drop in value recently.

“In the last two years, there have definitely been a lot of shady actors, shady companies and things that have put a very bad stigma on crypto. I think the public has gotten a little burned in the last two years and there’s a lot of resistance to the crypto market now… I totally understand that,” Hailat said.

“We were looking at (NFT) pictures of dogs for $3 million … with (people) thinking they were going to get rich. So obviously it’s a bubble sign. I think crypto is here to stay, but it needs to cool down,” he added.

“I would say they (Altura) are in one of the most exciting spaces we’re seeing right now in the tech and startup ecosystem. While I don’t know what the company is like without looking under the hood, they (Altura) are definitely playing in the right space,” said French.

“Everything related to crypto is still very speculative. But the underlying technology… I think it’s here to stay. I would agree that it is for anyone involved in cryptocurrency right now, but I think the underlying blockchain technology will continue to create new jobs and new business opportunities that we haven’t even dreamed of yet,” added French.

For his part, Hailat said the company is doing well even as the crypto market falters.

“It felt like a dream, because we’ve become nobody at U of T so far, 70,000 people on the Internet talking about our company and all of a sudden money is flowing out the door,” Hailat said.

“The whole (crypto) market has fallen significantly. But the company itself, I’m more confident about the future and the success of the company than I’ve ever been,” he said.

Anyone can read conversations, but to contribute you should be a registered Torstar account holder. If you don’t have a Torstar account yet, you can create one now (it’s free)

Conversations are the opinions of our readers and are subject to change Code of conduct. Zvezda does not support these opinions. 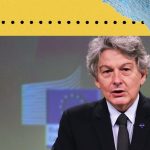 Next Article The European law on big technology has been approved. Now comes the hard part

BJP leader and former union minister Jayant Sinha said that the administration organized this program to enhance the capabilities of entrepreneurs in the district. With […]

Views): By Buhushika Kumaraga Being a young entrepreneur has its challenges nowadays and this week Mirror Magazine reached out to several such entrepreneurs who managed […]