Mahmoud Mohieldin – Egypt’s high-level climate change champion at the UN – visited Singapore on Sunday to meet with a range of government and non-government officials.

Mohieldin met with Teo Chee Hean – Senior Minister and Coordinating Minister for National Security in Singapore and Chair of the Inter-Ministerial Committee on Climate Change in Singapore.

These meetings — organized by the Egyptian Embassy in Singapore — dealt with ongoing preparations for the UN Conference of the Parties on Climate Change (COP27) to be held in Sharm El-Sheikh in November this year and the substantive issues expected to be discussed as well as ways of strengthening cooperation with the government of Singapore.

They also addressed ways to collaborate with the business and financial sectors to support climate action in Egypt and Africa.

Both meetings touched on how Singapore can support Egypt and Africa, particularly in the areas of climate finance and carbon markets. The ministers also noted that Singapore looks forward to cooperation with Egypt.

Mohieldin’s agenda also included a meeting with Singapore Stock Exchange CEO Boon Chye Loh to discuss the role of finance in supporting climate change mitigation and adaptation, including topics such as carbon markets and possible collaboration with Singapore to develop carbon markets in Egypt and Africa .

Moreover, Mohieldin met with Ravi Menon — Director-General of the Monetary Authority of Singapore and Chair of the Glasgow Finance Alliance’s Asia-Pacific Advisory Board for Net Zero — to discuss the financial aspects of climate change with a focus on capacity building and streamlining efforts to support transition finance.

In addition, Mohieldin participated in a roundtable hosted by Tamasek — Singapore’s Sovereign Wealth Fund. This roundtable included Franziska Zimmerman, Director of Sustainability and Climate Change Strategy and Director of ESG Investment Management at Temasek; along with Steve Howard, CSO at Temasek.

Mohieldin’s agenda in Singapore included a meeting with Kara Owen — the British High Commissioner to Singapore. 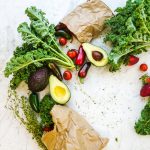 Previous Article How does diet and fitness benefit mental health? 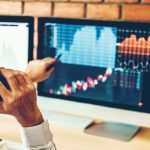 Next Article Your money | Stock Check: Scan the financials first

What to look for in both

The Select editorial team works independently to review financial products and write articles that we think our readers will find useful. We earn commission from […]

U.S. stocks were little changed at the close of a choppy session on Friday following the release of June jobs data that beat expectations. The […]