Inspired by Bill Gates, the school dropout entrepreneur is inspiring hundreds of people in Kashmir

Batman: Sheikh Asif, 28, is a self-employed businessman who dropped out of school and now runs a renowned information technology (IT) company in Manchester, England. A native of Barapathar, Batmaloo, Srinagar, he is a published author Start a business, Internet business ideaand Digitization in business. Asif is currently a digital marketer, educator, business owner and writer.

Asif also enjoyed his childhood under Chinar trees and on the banks of streams like many other children of Kashmir. He was admitted to Shaheen Public School, Manigam Ganderbal in 1999, where his father was posted at that time. Asif’s struggle began in 2000 when his father, Ghulam Rasool, a constable in the Jammu and Kashmir Police, fell ill. The cause of the disease remains their misery to this day. Despite several attempts, the disease could not be diagnosed in various hospitals. Which eventually led to them running out of money.

This incident not only affected Asif’s mental health but also affected his studies, eventually forcing him to bid farewell to his never-dreamed-of educational career.

Recalling one particular incident, Asif said he was in the eighth grade when he could not afford to buy a pen to take his final exams. He narrates that he could never forget that phase of his life that froze his heart.

After his mother came to find out about it, she was shocked to see that he didn’t have an examination pen with him. After this incident, his mother routinely went through his school bag to make sure he had all the necessary things to study.

While talking to first post, Asif said, “To buy pens and other stationery for me, my mother used to sell copper utensils.” This was heartbreaking for me and I felt it was better to remain illiterate rather than watch my mother struggle.

Asif claims that this was the turning point in his decision to give up his studies forever and start working to support his family’s financial needs.

Asif was deeply moved by the incident and feared that his mother would continue to sell items from home to support his education, he said.

At the age of fifteen in 2008, Asif started looking for a job against his mother’s wishes. She wanted to see him become a doctor, like most parents in the Valley.

He claims that after passing his eighth grade exams, he started working at a nearby travel agency in his hometown for a measly salary of Rs 1,500.

Working there for two months, Asif quit after a heated argument with a colleague who, according to Asif, was highly qualified but arrogant.

“He often mocked and insulted me for my lack of academic background, necessary for the position of a computer operator,” Asif said. “I was very interested in learning computers and I had one at home, bought for me by my father. I developed an interest in computers after watching an interview with Bill Gates BBC. Bill Gates is my inspiration,” he recalled.

After quitting his job, he started working at a nearby firm where he spent four years (2010-15) polishing and perfecting my skills. There I picked up all the basics like graphic design, computing, web design, etc. Later I quit my job and used all the money to start a small business.

However, fate had other plans for him as the city was flooded in 2014, forcing him to use his own resources to meet the needs of his family, leaving him penniless again. “Our property suffered significant flood damage in 2014, and after periodic repairs and renovations for four years after the floods, we finally succumbed to financial pressure that forced us to sell the house in 2018,” he added.

He claims that in April 2015, while searching for a job on OLX, he found a company called Trimax Printing and Graphics, owned by Tajindar Singh, who was working for a British company in Hayes, UK, which was looking for a person with graphic design skills.

“I was invited by Trimax Printing and Graphics, run by Tajindar Singh, who was working for a British company in Hayes, UK, where he claims no one was doing graphic design at the time.

After talking to his family, Asif accepted the offer and started working for Trimax Printings and Graphic virtually. In 2016, after the killing of Hizb commander Burhan Muzaffar Wani, who had been running the valley under lockdown for about three months, he left Asif out of his company.

After a few months I managed to contact Tajinder and he took me to Delhi, where our company was making losses at that time.

After signing an 18-month contract with a return air ticket to India, Asif set foot abroad for the first time in 2016. However, on June 6, 2016, the company changed its name from Trimax Printings & Graphics to Thames Infotech. .

Asif is the author of three books. In his books, he spoke of his belief that moving business online would not only preserve businesses and livelihoods, but also accelerate the nation’s economic growth.

Additionally, it offers online consulting in areas such as digital marketing, website design, and entrepreneurship. Most of his customers are journalists, who are eager to create a portal.

“I have taught students from various cities in India as well as those from the US, UK and Canada, but only 30 percent of the students I have taught so far have been from Kashmir,” he said.

He believed that parents should not impose their point of view on children. In modern society, there is a need for professions in addition to doctors and engineers. They should always encourage their children’s interests and aspirations.

Asif has just launched the website soanmenu.com, where he helps all hotels and restaurants to set up their menus and get a basic digital menu in the form of a QR code for free. It has been carefully created following the Covid regulations, including social distancing, online ordering and many others, which will help Covid generate revenue and is a significant step towards digitization.

Sheikh Asif, no doubt, is making significant efforts to transform the digital sector in the Valley.

The writer is an independent journalist based in Jammu and Kashmir. He tweets at @sule_khaak. The views expressed are personal. 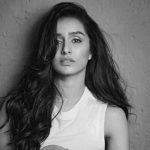 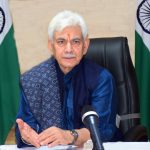 Robert Bigelow, a hotel magnate often cited for his eccentric beliefs about the galaxy and the afterlife, gave $10 million on July 7 to a […]

While some Ukrainians sell NFTs or organize charity concerts to support their country through the war with Russia, three well-known businessmen opted for a different […]