MADISON (WKOW) — Twin brothers and their Madison financial analytics technology firm are shaking up the investing world with their alternative data and investor interest.

They say that their joint venture is a logical continuation of long-standing common interests and friendship.

“We played on the football team together,” James Kardatzke said of their formative years in Spring Green. “We did a mock trial together.”

“We used to do fantasy football where there were a lot of stats,” Chris Kardatzke said. “I can’t think of anything in particular that is super comparable to what we’re doing now.”

What they’re doing now is collecting and aggregating data from all over to give stock market investors unique information that could help inform their trades. Their target customer demographic is not hedge fund managers.

“We knew from the beginning that there was an opportunity to bring alternative data sets to retail investors,” said James Kardatzke.

His brother researched the type of data they offer.

“It’s like social media data, like tracking what stocks people are talking about, tracking Twitter followers,” Chris Kardatzke said. “Data for which patents are filed by different companies.”

“The stock trading data of American politicians, that’s one of the more popular data sets,” he said.

Most of the Quiver quantitative quote data is available elsewhere. But the Kardatzke brothers, seven employees and three interns around the country are collecting and making available reams of information. Includes corporate jet flight schedules.

James Kardatzke gave an example of how that alternative data gave investors a leg up even before Quiver was in consulting.

“There’s a company … Occidental Petroleum, which has been speculated that Warren Buffett and Berkshire Hathaway might make a big investment in the company, maybe buy them,” said James Kardatzke. “And then all of a sudden, a corporate private jet for Occidental takes off and lands in Omaha, Nebraska, which is the headquarters of Berkshire Hathaway. So immediately, everybody who followed that data set knew what was going on with Occidental, they knew it was a really good a sign that the acquisition is about to be announced,” added Kardatzke. “And sure enough, a few days later there’s an announcement and the stock goes up.”

Quiver’s start-up roughly coincided with retail investors working together through online sites like WallStreetBets to drive up the stock price of companies like GameStop and turn a hefty profit from the trade. Chris Kardatzke said information is the key to helping traders survive and thrive against the behemoths of the stock market.

“From the very beginning, we set out to make these things available to everyone,” Kardatzke said. “That’s really our goal: to provide alternative data where it hasn’t been available in the past.” Quiver’s online platform offers a lot of free analysis, with approximately 1,000 paying subscribers.

The investment world is reacting

“It was outstanding,” Horne said. “And we agreed and developed metrics that we hoped to achieve within nine months,” he said. “They hit those initial metrics in 30 days.”

“They’ve driven a lot of user growth in the last two, two and a half years since we invested,” added Horne.

Director of Marquette University’s business analytics program, Professor Scott Rex, said Quiver Quantitative has been impressive but appears to be at its first business crossroads.

“Crowdsourcing data is really hot, and the notion of alternative data that they use is also very strong,” Rex said. “They’re well positioned in the competition. I’m anxious to see what the next step is, to be honest.”

Chris and James Kardatzke said the increased investment in Quiver will allow them to enter into proprietary data acquisition deals to add to their offering to customers.

James Kardatzke said stock buyers can expect increasing support. “Deeper analysis; different back-testing that we do on the data; different research tools that actually give it an advantage when making trading decisions.” 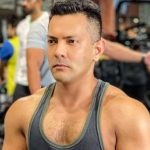 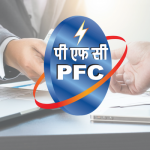