BALING, July 14 — A total of 232 informal and micro entrepreneurs, who were affected by the floods and water surge in Baling on July 4, will receive Keluarga Malaysia Flood Aid (BBKM) grants totaling RM696,000 from the Ministry of Enterprise and Cooperative Development.

Its minister Tan Sri Noh Omar said the one-off assistance of RM3,000 to each entrepreneur was aimed at easing their burden after the disaster.

“So far, a total of 232 entrepreneurs have been identified, including those from the Economic Fund of the National Group of Entrepreneurs (Tekun) and Amanah Ikhtiar Malaysia (AIM), as well as those supported by the Parliamentary Council for the Development of Entrepreneurship and Cooperatives (MPUKP).

“All those affected are entitled to receive assistance under this grant,” he told a media conference after attending a ceremony to present BBKM to flood victims at Dewan Kenangan Tun Abdul Razak, nearby, today.

At the same event, he also presented Bank MSP’s zakat fund of RM25,000 to help 50 flood victims here, as well as contributions from Bank Rakyat and Rakyat Holdings totaling RM110,000 for mosques, surau, schools as well as 60 Bank Rakyat customers.

Meanwhile, Noh said Tekun has also implemented several other initiatives to help existing Tekun entrepreneurs affected by the floods in the district.

“Tekuna borrowers can enjoy a six-month moratorium on repaying their loans, withdraw 50 percent of their savings, apply for business rehabilitation financing with a moratorium of up to three months, as well as reschedule existing financing.

“We hope that the RM3,000 contribution given today will help them revive their business. If they need a larger amount, they can apply for an interest-free loan under the Informal and Micro Finance Scheme (SPIM) for a maximum amount of RM10,000, with a moratorium period of 12 months,” he said. — Bernama 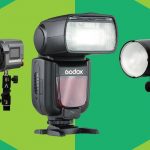 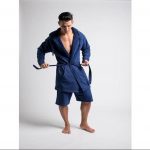 Next Article This Shark Tank success is made for cool entrepreneurs

Blue North, an entrepreneurship accelerator in Northern Kentucky, has hired a new executive director. Dave Knox is a seasoned entrepreneur and co-founder of Cincinnati startup […]

GILGIT: A six-day exhibition aimed at empowering women and expanding women’s business by facilitating their access to national and international markets concluded on Thursday in […]

Every business goes through four different stages of growth. Collectively, I call these stages The Maker Method, which is a proprietary framework I developed to […]