A New Jersey nonprofit that helps black entrepreneurs, Rising Tide Capital, has invested about $4.5 million to open and move into a new headquarters.

The investment in Rising Tide’s national headquarters that just moved in along Martin Luther King Drive in Jersey City will also allow for its expansion. Its new offerings include an entrepreneurial center that provides new founders with support and resources to develop sustainable businesses in their communities.

The move into the building also marks Rising Tide’s 18th anniversary. The nonprofit organization says it has provided training to over 7,000 entrepreneurs nationwide since 2004.

The four-story building that Rising Tide purchased includes 20,000 square feet for nonprofit and other tenants. It has 5,000 square meters of ground floor space for the Rising Tide mission and workspace for entrepreneurs. It includes 10 units of affordable housing for local residents, something Rising Tide calls a “unique feature.” Officials say the move will help continue the economic revival of Greenville, a majority black neighborhood in Jersey City.

The organization says it mainly works with entrepreneurs from historically marginalized communities who want to start and grow strong businesses. Rising Tide reports that its alumni network is 71% women, 93% people of color, and 80% low- to moderate-income.

Co-founder of Rising Tide Capital and Chief Operating Officer Alex Forrester he addressed the move in the video, calling it “a move to the top of the mountain.”

“Entrepreneurship is fundamentally a form of creative response to the needs of the world around us,” said the COO. 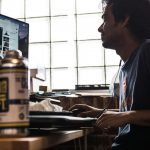 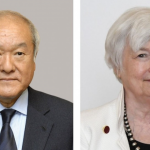 Young entrepreneurs are emerging in the Northgate shopping center

This Friday, nine young entrepreneurs are setting up shop in Northgate Shopping Center to showcase their businesses to the community. They will be there from […]

Inspired by Bill Gates, the school dropout entrepreneur is inspiring hundreds of people in Kashmir

Twenty-eight-year-old Sheikh Asif is making significant efforts to transform the digital sector in the Valley Batman: Sheikh Asif, 28, is a self-employed businessman who dropped […]