Robert Bigelow, a hotel magnate often cited for his eccentric beliefs about the galaxy and the afterlife, gave $10 million on July 7 to a political committee controlled by DeSantis, according to records the committee maintains on its website. It is the largest single contribution by an individual on record in Florida, where there is no limit on how much a person or company can donate to a political committee.

The eight-figure check will go into the already massive war chest DeSantis has built as he seeks re-election. As of July 1, the political committee for DeSantis, friends of Ron DeSantis and his campaign reported a total of $118 million. That number will continue to grow after he officially documents Bigelow’s contributions to the state.

A Republican operative in Florida recently told CNN that DeSantis is expected to raise $200 million by the November election, and he is well on his way to that number. Before Bigelow’s donation, Citadel investment firm founder Ken Griffin’s $5 million contribution was the largest by an individual to the Friends of Ron DeSantis.

Bigelow did not immediately return a message left with an assistant at Bigelow Aerospace headquarters in Las Vegas. A spokesman for DeSantis did not respond to a question about whether DeSantis had met with Bigelow.

Bigelow owns a chain of budget hotels and became a pioneer in the commercial space industry. His company built the inflatable room used on the International Space Station, and Bigelow once hoped the technology could be used to finance orbital hotels. In 2011, Forbes magazine described him as a “cosmic landlord”.

His ambitions occasionally intersected with Florida’s space interests. In 2011, Bigelow signed a Memorandum of Understanding with Space Florida, the state’s space economic development agency, to find companies that could benefit from Bigelow’s technology. He also worked directly with NASA, which often launches its rockets from Florida’s Cape Canaveral.

Bigelow is not generally known for financing Republican campaigns. The donation to DeSantis appears to be Bigelow’s first to a statewide candidate or political committee in Florida, according to a review of the state’s campaign finance database.

But since the start of 2021, Bigelow has opened his checkbook to several GOP causes. He donated $50,000 to the Noem Victory Fund, a federal political committee supporting North Dakota Gov. Kristi Noem, $10,000 to Maggie’s List, a group that supports conservative women running for office, $2,000 to the Republican National Committee and about $5,800 to the GOP. Kat Cammack, a Republican from North Florida.

Bigelow also became a well-known financier and advocate of extraterrestrial and afterlife research. In 2017, The New York Times reported that Senator Harry Reid, while Senate Majority Leader, had invested millions of dollars in researching UFO sightings by military service members. Bigelow’s company was the main recipient of the funds, the Times reported.
That year, Bigelow told CBS’s “60 Minutes” that he was “absolutely convinced” that aliens existed among humans.
“If you follow the literature and pay attention to many other types of sources, they absolutely are,” Bigelow said later in an interview published in 2021 by Mysterywire.com, a website that says it is “dedicated to reports of Area 51, UFOs, military technology , paranormal, mysteries and just great news.”

Recently, Bigelow launched the Bigelow Institute for the Study of Consciousness to determine if there is an afterlife. The initiative included a $1 million competition for scientists, religious scholars, researchers and others to provide evidence that human consciousness can survive physical death. 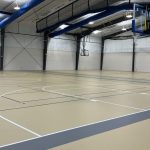 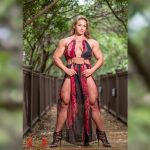 Los Angeles is filled with so many talented, hard-working people who make a big impact on the community. Today I want to highlight some amazing […]